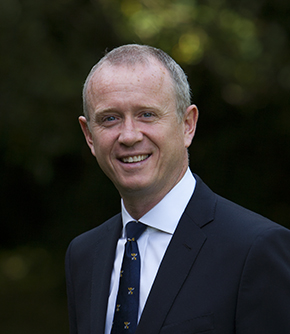 Having lived in North Lincolnshire and now residing in Harrogate, Julian is a former Lincoln Cathedral chorister and former scholar of St Peters School, York. With University qualifications in both Construction and Rural Estate Management, he has spent all of his working life in the property industry.

Julian joined Garrington after working for 14 years in property development and investment where he was involved in numerous property transactions and developed over 100 homes in North Yorkshire resulting in his deep understanding of the local market.

Julian has quite a record within this development field having either renovated, built, converted, or refurbished more than £20m of property and successfully obtained planning permission for more than 150 homes. These ranged from one-off houses to Listed buildings including The Old Palace at Ripon, new build houses such as Littlecroft at Markington and 16-18 Regent Parade in Harrogate, barn conversions such as Manor Farm at Tollerton and the refurbishment of several Duchy Houses in central Harrogate

Julian now focuses on the prime market where his background and extensive knowledge enables him to give his clients the best advice for sourcing and acquiring property across the region.

Utilising his past experience in property development, Julian not only understands the local market from a buyer’s perspective but also has a great understanding of the negotiation process enabling him to secure the best deal for his clients.

When he is not sourcing properties for clients, Julian is a keen hockey player for Harrogate, enjoys sailing and boating and has a passion for walking his Cocker Spaniel, Barnaby in and around the Yorkshire Dales.