There has been much talk in recent years about the increasing number of two and three generation homes in which grandparents, parents and children all live together in familial harmony.

Reasons given for this trend include increasing property prices, the cost of later life care, the inability of many younger people to get on (or up) the property ladder and, on a happier note, because families want to spend more time together. Also, there’s the saving on child care when it’s undertaken by extended family.

Alongside discussing this from a professional level, I can talk about this subject from personal experience. Fifteen years ago I moved away from Hampshire and bought a pretty Devon longhouse with a converted barn at the bottom of the garden. The barn was a bonus alongside the lovely property we had purchased because, looking to the future, we were able to factor in the potential occurrence of having to move elderly relatives nearer to our location. That time duly arrived a few years later and the plan to move my mother-in-law into the ‘annexe’ was put into action.

Speaking with a doctor back in Epsom, my mother-in-law’s former hometown, he told me about the physical and mental benefits of older people living with extended families. However, friends who had invited their parents to move in with them warned that it was better to offer separate accommodation versus ‘living in’. To have their own cooking, washing and living facilities made for greater independence, they said, and prevented fights over what TV is watched after dinner. And they were right.

The arrangement can also have substantial financial benefits. By selling two homes and buying one there are obvious running cost advantages and such a move may also leave all parties involved mortgage free, potentially with a cash lump sum left over to pay for possible professional care or renovations later on.

If considering the possibility of a ‘two-house home’, it is recommended that you purchase the property some time before a relative moves in if this is a feasible option. The spare property can always either be rented out on a short term tenancy or as a holiday let until the relative is ready to move in.

One other unusual aspect of this market is that homes with an annexe, or the potential to convert an outbuilding into one, command a surprisingly small premium in my neck of the woods – perhaps as small as 10% – making them very good value for money.

With the trend of multi-generation homes increasing, the popularity of properties with established annexes is heightening. Sadly one thing I can’t say is that there are any significant tax advantages to ‘two-house homes’. HMRC is extremely reluctant to grant any relief on inheritance tax liabilities should your grandmother sell her home and help you finance a joint home – and the services of a professional tax advisor will need to be sought to ensure you don’t get caught by the HMRC’s rules on this matter.

But otherwise, I can heartily recommend it.

To find out more about finding homes for sale in the South West, contact the Garrington team for more information. 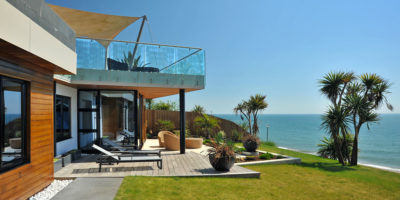 Best places to live in Devon 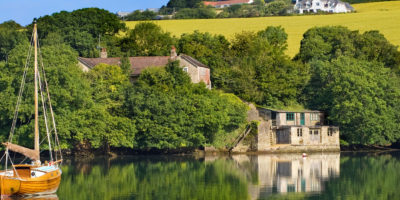 Moving out of London -Relocating to Devon 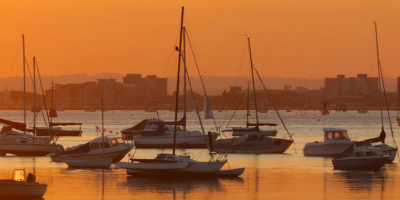